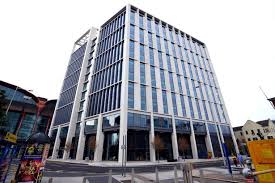 Rhys David finds the work of the sector panels set up by the Welsh Government to advise on new economic directions disappointing.

We would not say it ourselves and we would not have liked our near neighbours to say it but when the New York Times recently described Wales as the Greece of the United Kingdom most of us will have recognized a reality.

Like the Greeks the amount we raise in taxes does not cover the cost incurred in running the state, and for their unsustainable borrowing read our internal UK transfers. Moreover, if the New York Times is to be believed, we are even poorer than the Greeks with a lower gross domestic product per head.

Yet, while the Greeks are being obliged to make drastic cuts in public expenditure to eliminate their fiscal deficit, hitting incomes and benefits as well as public services, Wales has the much less demanding task – even after the UK Government’s own cuts have been factored in – of trying to grow its way out of the economic doldrums through more effective economic, education and employment policies. The safety net provided by UK Government social security and other transfers thankfully remains largely in place.

To this end and after consultation with a host of organisations and individuals, including the IWA, the Welsh Government has chosen to place much of the onus for achieving a stronger economy on a new industry sector approach and on a move away from the previous grants regime to one that relies much more on loans. The new policy also envisages stronger measures to create a more favourable environment for business, including improvements to transport and other infrastructure. Six sectors were originally chosen Advanced Materials and Manufacturing; Creative Industries; Information and Communications Technology (ICT); Life Sciences; Energy and Environment; Financial and Professional Services. A further three were added later: Food and Farming; Construction; and Tourism.

It is an approach that makes a virtue of necessity. There will not be enough funding available to make it possible, other than in exceptional circumstances, to continue to subsidise firms to come to or stay in Wales on the scale attempted in the past, even if such an approach was considered desirable or had been proved conclusively to work in the past. And, because the notion of picking winners – choosing businesses that seemed likely to succeed – has become somewhat discredited, the emphasis has shifted to identifying sectors that are worth encouraging.

So, how much has been achieved since the strategy was unveiled in its initial form under the Labour-Plaid coalition and since the panels consisting of experts across the different sectors set to work last year? The answer, sadly, seems to the outside observer to be not an awful lot. Sector teams within the Welsh Government have been in place for some time and the advisory panels – comprising some of Wales’s leading business people – were mostly in place by this time last year. Yet the first batch of advice statements presented to the minister for Business, Enterprise, Technology and Science, Edwina Hart, collectively offer little evidence that the panels have very much idea how the (sometimes very woolly) notions and objectives they propose will be transferred into employment, products and value for the Welsh economy.

Take for instance the financial service sector, the summary advice from which rarely gets beyond the almost embarrassingly banal and unachievably optimistic. Its vision is to “make Wales the most competitive region in the UK for financial and professional services outside London by 2021”. One of its challenges is to “grow employment in the F&PS (its acronym) sector from 124,000 to 200,000 by 2021, while another is to grow jobs and GVA in our sector faster than the UK average”. A “key driver” is summed up in this baffling statement: “The 1.4m population living in the Cardiff City Region, and its close proximity to London make Cardiff one of Europe’s fastest growing cities.”

Among the drivers identified to achieve the above are the “rich pool” of 124,000 F&PS professionals currently working in Wales. Or again “Wales is the European centre for web-enabled emerging technologies and with cost comparison sites for Moneysupermarket.com, GoCompare. Confused.com and MMA” [sic]. Then again “the UK’s only enterprise zone dedicated to the F&PS sector is in the heart of Cardiff and it offers fast broadband and capacity for an additional 40,000 staff in new ‘low carbon’ buildings”. Or it might, when it has been built, one could add.

The suggested strategic priorities include the need to “sell Wales’s business propositions to the world and particularly London” and provide training support to improve the “rich pool [again] of professionals available for fast-growing businesses”. To deliver the vision it will among other things “target international financial and professional services businesses”, initially in London, “offer a flexible whole of Government approach with generous funding” and engage the largest 100 F&PS companies in Wales, and develop a three year business plan identifying growth opportunities for them”.

One wonders how much it costs to produce these pearls of wishful thinking or indeed whether anyone on the panel has looked back at the papers left behind by the South East Wales Financial Initiative headed by long time City financier, Godfrey Jillings, in the 1990s. Surprise, surprise, even then, Jillings was reported as saying it was not grants that would attract inward investors. Cardiff and the rest of south Wales would secure professional services because of its “advanced electronic communications and high calibre staff”. Jillings was clear most of the investment in Wales would be back office functions and indeed this has proved to be case. The latest incarnation of Wales as a financial centre so far seems not to have come up with any ideas as to what businesses or business operations it will constitute, leave alone how the journey from boosterism to bricks and mortar will be made.

To be fair not all the sector reports are as poor and the panels have recruited some serious businesspeople – Sir Chris Evans, Ron Jones of Tinopolis and Dan Clayton Jones to name three. The Life Sciences sector summary advice pertinently identifies the lack of awareness internationally and indeed in Wales of some of the very good work being done within the sector. It criticises the sector for a lack of collective ambition, shared vision and overall plan, adding that it seems to be without spark, confidence, experience, leadership and personality. It calls for a full and clear picture of the sector to be developed by Government and for the creation of a dynamic ecosystem bringing together the main participants, including academia.

It also wants the life sciences team to deliver a full programme of international trade and investment activity to guide and support businesses to access markets outside Wales, to attract foreign investment to Wales and to project a credible and persuasive Life Sciences brand. Wisely, it observes that while it is confident the approach it suggests will deliver significant business growth and obvious economic benefits, Wales must, given the competitive nature of the sector, measure itself robustly against past performance and competitor regions. Robustly is clearly the key word here.

The ICT sector panel starts with the rather depressing observation that its sector, too, is largely invisible on the world stage and has actually seen a decline in companies and employees since 2002. It identifies priorities – stronger links between suppliers, and users of ICT products and services, public sector procurement opportunities, and increased R&D, but the delivery mechanisms it suggests – active marketing and communication of Wales’s ICT message, for example, or closer engagement with companies in the sector can be little more than holding comments.

There are some sensible recommendations, too, from the creative industries panel which wants the sector among other things to focus resources on those creative businesses which sell or license products and services to markets outside Wales, and to ensure that training and education relevant to the sector are aligned to the needs of business and the digital economy. It also has some clear ideas as to how the priorities could be delivered, for example through continued Welsh presence at trade fairs, access to finance – particularly for export-oriented businesses and a strong Wales Location Service. The advanced materials and manufacturing panel is clearly not up to speed, however, filling its advice with oodles of management speak and not much else.

It is of course easy to criticise but the evidence available to the public of the work done so far by several of the panels suggest the intellectual input – whether by the panels or the teams they are meant to advise – has not been as rich a harvest for a year’s work as might have been expected in terms of original ideas or clear mapping of the way ahead, to put it mildly. This, of course, is bound to raise questions over whether the panels and the teams they advise are going to be a match for the sort of competition they will face around the world for just the sort of sector investment they are seeking to encourage in Wales.

Though a large part of their work will be stimulating existing and potential new Welsh businesses they will also be looking out for inward investment and here they have to remember they are up against the Irish, whose approach includes high octane advertising day in, day out on the US Bloomberg business channel. Ireland, of course, now has just captured Twitter for its ICT portfolio, where it will join Google (2,200 people), Paypal (1,300), E-bay (1,100), Facebook (300), Linked-In (140), not to mention AOL and Yahoo.

What this makes clear is that other regions are not waiting for Wales to get its act together and if we are to have a sector strategy that is effective it needs to be reach top speed quickly and to have strong and rigorous intellectual underpinnings. Vague aspirations will not work.